Today I’m going to kickoff a 12-day series where I’ll feature past ETW posts from each of the 12 months. Let’s get started at the New Year with the best from Januaries past!

It was the best of times, it was… barely 28 days ago. So maybe my Nooks & Crannies Waffle week is still top of mind; we certainly still have those chocolate chip PB banana waffles in heavy rotation at our house. 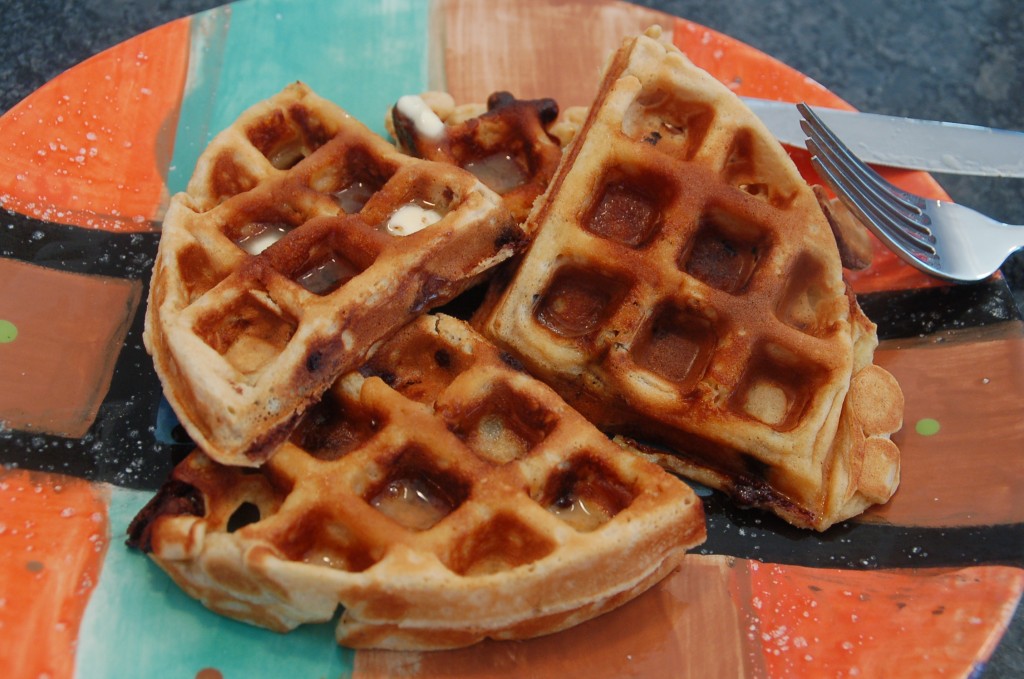 For the January Recipe ReDux challenge last year, I came up with what is still one of my favorite slow-cooker recipes: BBQ tempeh chili. Last January was also when I penned one of my favorite running posts, the alternative winter running gear guide. If you want to see some super flattering pictures of me in tattered green pants, head right over.

The Recipe ReDux spurred another of my favorite posts from Januaries past, wherein I put avocado sauce, salsa, eggs and corn bread to good use in an Eggs BeneMex recipe. Hard to believe it, but two years ago in January I was just starting training for my first marathon and appropriately freaking out about it in this post.

And now we’re back to where it all began, because my very first ETW post – about brunch, and blogging, and chocolate chip banana scones – was in January three years ago.