After ticking Texas off my race-in-50-states list, the rest of 2013 is about the low-hanging fruit – namely, remaining Northeast states. I’ve signed up for several races through early summer that mean the area bound by New Brunswick, New Jersey and the eastern-most Great Lakes will be covered my me & my Sauconys:

And just to keep things lively, I’m also running a 10k the day before the Twin Cities Marathon in Minnesota. 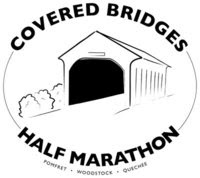 The Cherry Blossom 5k is first, but I’m focusing on CBHM and treating the 5k as a mid-cycle cutback from otherwise LR-filled weekends. This time around, I’d like to cut a few minutes of my HM PR and finish in 1:50 (sound familiar? Same goal I had for the Runners World HM where the hills damn near killed me). I’m following a training plan from Brad Hudson’s Run Faster, which I modified from the original 16-week version to a 12-week plan with more strength training included. Last week was the first in the training cycle, and the first time in a long time that I did hill sprints and a more-than-5-mile run.

An equally important goal for this race is to raise at least $500 for Health Connections of the Upper Valley.

CBHM is a popular race but organizers cap registration at 2,300 runners; if you don’t get one of the general spots within roughly 15 minutes of registration opening, runners can sign on to support a charity team. Choosing to run for Health Connections was a no-brainer for a public-health wonk and nutrition nerd like me – they are a health-education organization focused on “the two most significant causes of preventable death and chronic disease: tobacco use and obesity.”

I’ll admit, I’m not 100% confident about pulling off a HM PR, but I know we can blow past the fundraising minimum in record style. I’d love any level of contribution you could make via my donation page. Thanks in advance for your support of Health Connections in VT!